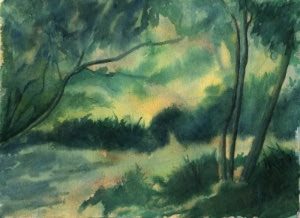 Many of you signed up for this newsletter through a giveaway sponsored by a group of authors, many of whom write eco-fiction. Others write ecological nonfiction.

Here’s how Jim Dwyer, author of Where the Wild Books Are: A Field Guide to Ecofiction, defines this genre:

The non-human environment isn’t background but is used to frame the idea that humans are part of nature.

The interests of animals, trees, and other elements of the non-human environment are as valid as those of humans, and humans are considered accountable to this environment.

The non-human environment is considered to be living and evolving.

Fiction in which nature is seen as the enemy is not eco-fiction. The intention of eco-fiction authors is to promote the idea of living in harmony with nature. 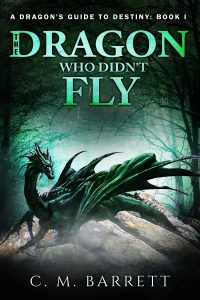 The Dragon Who Didn’t Fly, (originally Big Dragons Don’t Cry) Book I of A Dragon’s Guide to Destiny, is eco-fiction. Humans threaten the continued existence of a swamp and its peaceful inhabitants. Their belief that they’re superior to the natural world enables them to make very bad choices. Somehow the animals, especially their leader, a very confused dragon, need to convince the humans that living in peace with the environment and other species means survival for all.

A young squirrel describes the problem to the dragon, Druid:

“It’s not just the humans, not even just the swamp. Remember how you taught us to hear and feel the earth’s rhythm? It’s disturbed now.”

Druid lifted the squirrel from his shoulder and held her in his paws so that she faced him. “Tell me what’s wrong with the rhythm.”

The squirrel’s nose quivered. “I’m not sure. It doesn’t seem to be coming from the ground. It’s a feeling from far away, the trembling of wounded animals, but none I’ve ever known, cries that shiver through me. It’s the sound of hearts that have forgotten how to feel.”

Some authors whose works explore this genre, such as Ursula LeGuin and Terry Brooks (especially the Armageddon novels), may be familiar to you. Since these two are also giants of the science fiction/fantasy world, it becomes clear that eco-fiction spans more than one genre. Ray Bradbury and Aldous Huxley also have eco-fictional themes in their novels. Many dystopian authors or those who write about the aftermath of environmental disasters belong in the eco-fiction genre.

Some Resources for Eco-fiction

Eco-fiction A site devoted to eco-fiction, its authors, excerpts from books, and resources.

Best eco-fiction Some of these titles may surprise you.

5 Important Works of Ecofiction You Need to Read These books represent an interesting mix. I was especially impressed by We Are All Completely Beside Ourselves by Karen Joy Fowler. This isn’t a fantasy, but as the fictional story of a girl who is raised from infancy with a chimpanzee of the same age, it will stretch your imaginative muscles.

The above links represent only a starting point. Enjoy.

This article appeared in The Dragon’s Guide Newsletter. To subscribe, please go here.